“Mame Faye” and Other Myths from the Golden Age of Prostitution

A shorter version of this essay was published in On The Issues magazine.

In the summer of 2006, my friend Annmarie Lanesey and I decided to make a documentary about a woman who had once run a brothel in our town. We heard about her from an elderly gentleman who told us that once upon a time, our town (Troy, New York) was once “synonymous with Mame Faye,” that a famous song was written about her, that she was known worldwide. “Everybody knew about it,” he said, “but nobody today could understand how that could go on.”

We were intrigued. What followed over the next two years proved an object lesson in the role of imagination and memory in what we call “history.” It was also a quixotic quest to construct a historical record far too late about someone everybody wanted to forget at the time, someone who is, as we were to discover, far more mythological than she ever was material.

Who was Mame Faye? 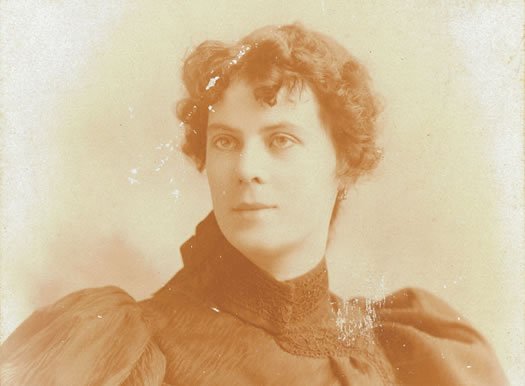 “Mame Faye” (sometimes spelled Mayme Fay, Maime Fay, etc.) was born Mary Alice Fahey in 1866, the daughter of Irish immigrants in Troy. She was born along with the American Industrial Revolution, when Troy was a booming mix of late-Victorian gentility, nouveau riche entrepreneurs, and the immigrant laborers forming the base of all this wealth. Troy was known variously as “Collar City” (the detachable collar was invented here) and “The City of Women” (that collar was manufactured by many thousands of women employed at textile mills).

Little is known about Mary Fahey’s life before 1904, when a prostitute named Mame Faye was arrested in a sweep of Troy’s houses of ill repute. Unphased, Mary purchased a row house and opened her own bordello on 6th Avenue, three buildings north of the police station.

This was Troy’s red light district, known simply as The Line. Mary’s neighbors included other madams with professional names like Jew Jenny, Big Flo, and Little Flo. It was, to put it bluntly, a slum, ideal for keeping prostitution hidden away from genteel society. The neighborhood also had the major professional advantage of its proximity to Union Train Station, which despite the endless noise and soot, provided a steady stream of potential “johns” and “girls.”

Mary married a man named Bonter in 1897, but Mrs. Mary Bonter reported herself “single” or “widowed” on censuses from then on. These same censuses (1910-1930) also list up to six female boarders between the ages of 19 and 36 living in Mary’s house, whose occupations were listed variously as “domestic” or “unemployed.” The census also lists a radio set on the premises (apparently something census-keepers wanted to know).

Word of Mame’s house spread as trains from Union Station disseminated Army troops far and wide. Also, a steep set of stairs led right from her place to Rensselaer Polytechnic campus, whose students and alumni assisted in spreading the word. “We never said we were from Troy,” our female interviewees told us, “because everyone associated it with Mame Faye and with prostitution.”

Mame’s nearly 40-year career as madam coincided with a major shift in American attitudes toward prostitution. What earlier mores had deemed a necessary evil became known as “the social evil.” An effective public campaign was waged to prove that prostitution was the cause of all other social ills, particularly venereal disease epidemics among soldiers. Wildly overblown reports of “white slavery,” in which young (white) women were kidnapped by (Asian) men and forced into prostitution, swept the nation. This was one of the major culture wars of the 20th century. The passage of the Mann Act forced the hand of local governments who had allowed this illegal practice to flourish for decades.

Mame had a lot of money and a good lawyer. Still, after decades of legal skirmishes, her house was closed for good in 1941. District Attorney Earl Wiley made a name for himself by clearing the social evil from the notoriously corrupt city of Troy.

She was buried in St. Joseph’s Cemetery in the Fahey family plot. Although she set aside $2,500 to pay for a monument, none was erected. In 2006, when some of her surviving relatives learned (from my co-director and I) that despite their family elders’ insistence otherwise, their great grand aunt Mary was the person known as Mame Faye, they decided to engrave her name on the family stone. Finally: a monument to her existence.

The 6th Avenue row house was torn down in 1952, during a phase of Troy’s history marked by an apparently insatiable desire for demolition. Even Union Station, a building so beautiful it was often compared to Grand Central Station, was torn down in this spasm of urban housecleaning. When you bring it up, folks who were around to see it happen shake their heads and say quietly, “It’s a shame what they did to this city.”

What Happens When You Don’t Write Things Down

Mame’s story was erased by a different kind of demolition. What happens when you don’t write things down is that myths are allowed to take on the fullness of truths. What emerged from our attempts at oral history sounded a lot like simple nostalgia. Mame was generous, a devout Catholic, a philanthropist, a tough cookie, full of bawdy double entendres and downright maternal with her “girls.” She was a hooker with a heart of gold. 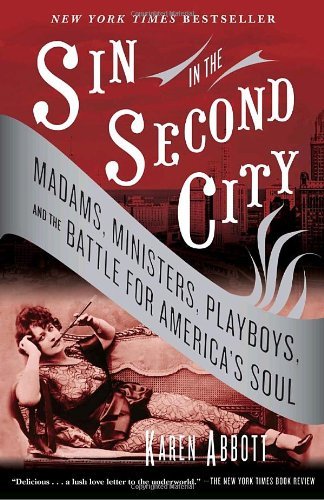 All of this may be true, but it is complicated by the fact that this narrative is eerily similar to what people all over America say about “their” local madams (from a safe historical distance). A good example is the story that spawned the title of our film (“Sittin’ on a Million”). The often-repeated story goes that Mame would walk into Troy’s bustling luncheonettes and department stores and ask the girls how much money they made. When they answered an amount she of course considered pitiful, she’d laugh and say, “Honey, don’t you know you’re sittin’ on a million? You should come and work for me!” A great story. Imagine my surprise in reading the exact same story, attributed to a different madam altogether, in Karen Abbott’s excellent book Sin in the Second City.

Why, as John Steinbeck wrote in East of Eden, are madams “sentimentalized down the ages,” and why do “the stories remembered and repeated about a madam cover every field but the bedroom”? What does it mean when we choose to remember some things about prostitution, but let others disappear in a watercolor wash of nostalgia? Why do otherwise conservative people (who certainly don’t support anything like the legalization of prostitution today) smile and remember fondly a seller of women’s bodies from long ago?

For me, the story of Mame Faye reflects a deep and ongoing battle over the rights of women as autonomous sexual beings, as capitalists, and as historical agents. It a story of nostalgia and forgetting and monuments in my hometown. And it is a story of the choices that one woman made in her lifetime, just one of the millions of people who anonymously create history every day, and the function she serves in our shared historical narratives. I only wish I could tell you more about her.