NUTS! is a feature length documentary about Dr. John Romulus Brinkley, an eccentric genius who built an empire in Depression-era America with a goat testicle impotence cure and a million watt radio station. Using animated reenactments, interviews, archival footage, and a hilariously unreliable narrator, NUTS! traces Brinkley’s rise from poverty and obscurity to the heights of celebrity, wealth and influence in Depression-era America.

Along the way, he transplants tens of thousands of goat testicles; amasses an enormous fortune; is (sort of) elected Governor of Kansas; builds the world’s most powerful radio station; invents junk mail, the infomercial, the sound-truck and Border Radio; hosts some epic parties; and annoys the heck out of the establishment, until finally his audacious actions force the federal government to create regulations to stop him.

How he does it, and what happens when it all comes crashing down, is the story of NUTS!

“The astonishments of this 2016 documentary are as much in the telling as in the story told . . .Lane tells this grandly picaresque tale, about the power of celebrity in the age of modern media, with diabolical glee.” –Richard Brody, The New Yorker 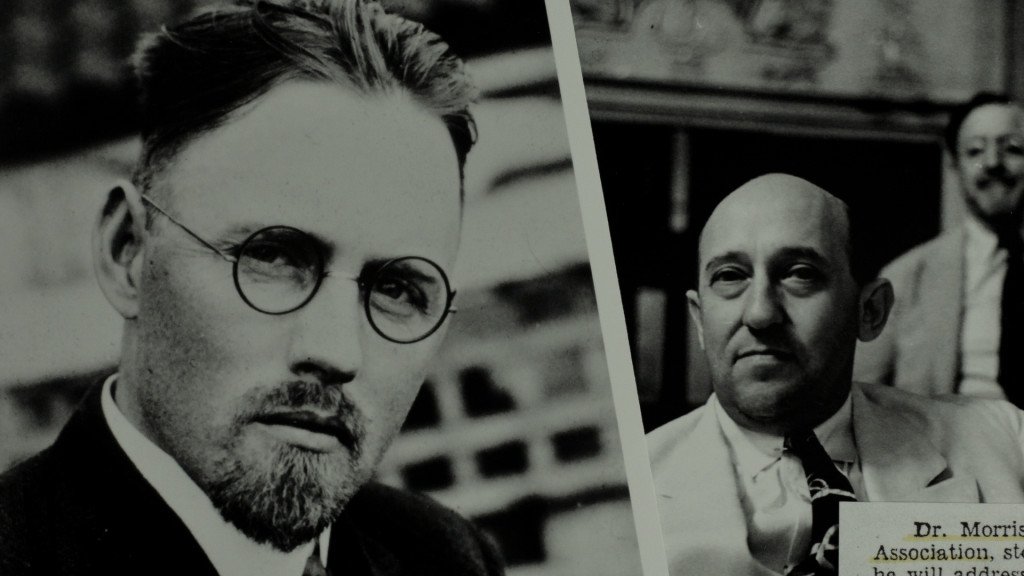 I started dreaming up a film about John Brinkley in 2009, after coming across the book Charlatan in my local public library. In conversations with friends I would mention this guy who transplanted goat testicles into men to cure impotence. And a lot of people would ask me, “Well, did it work?”

Well… no, of course it didn’t. But I began to think about how much people want to believe in miracle cures. The weirder the better, really. How “one weird trick to melt belly fat” is way better click-bait than “eat less to lose weight.” Who doesn’t sometimes wish the world was more interesting, more magical, more colorful than it really is? This is why the highest-rated Animal Planet program of all time was a fake documentary about mermaids. This is why Water Kirn falls for Clark Rockefeller. Why conspiracy theories are so compelling. And why we fall for quack doctors, time and time again: they sell us a story we want to believe.

I believe that more than any other single human quality, it is our love of great stories that makes us so endlessly susceptible to being conned. We believe the stories we want or need to believe, and we believe anyone who tells them to us. Con men know this. So do politicians, propagandists, pitchmen, cult leaders, televangelists, pick up artists and manipulators of all kinds – including documentary filmmakers.

And so, NUTS! is not a film that allows us to sit back and laugh at the dummies who fell for Brinkley’s bullshit. Instead, it’s a film that shows we are all those dummies. Unlike Brinkley, however, I seduce you, and then I show you how I did it. Brinkley’s story is not presented as the object of a neutral nonfiction gaze, but as an opportunity for viewers to actively wrestle with the ethical and epistemological issues central to the narrative nonfiction form.

And since I am on a mission to prove that watching documentary films isn’t just about eating your vegetables, the viewer is supposed to have fun while they wrestle with this stuff. Ultimately, NUTS! is still just a good old story about a big fat liar, some goat balls and a million-watt radio station. Because who says smart films have to be boring? –Penny Lane (February 10, 2016) 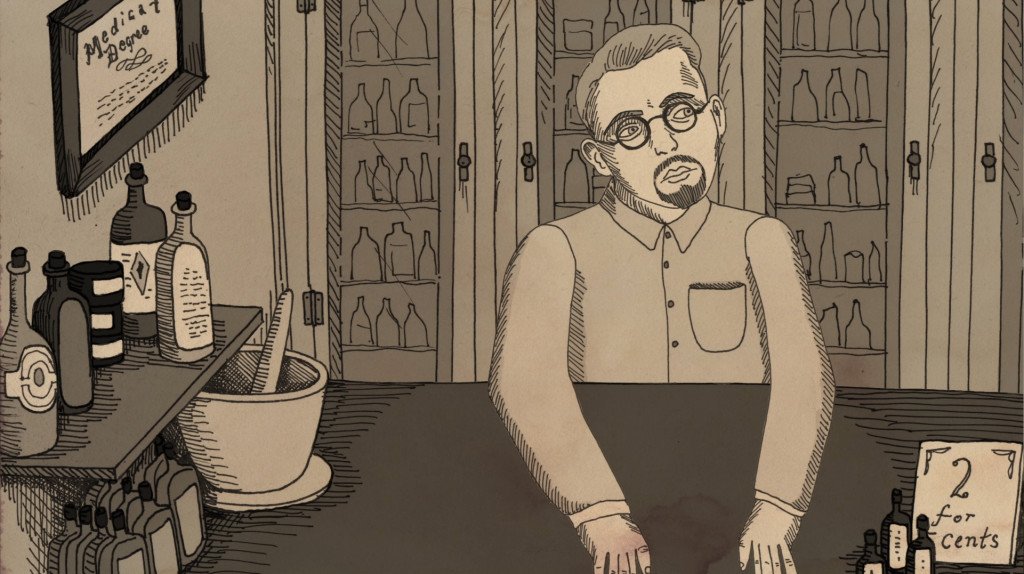 “This unique work — employing wacky drawings and Brinkley’s own writings — will surely cement [Lane’s] status as one of the most fascinating documentarians around.” –Shelley Farmer, Paper

“[A] prankishly entertaining documentary well-suited for people who think they don’t like documentaries. ” –Dennis Harvey, Variety

“Consistently entertaining . . . filmmaker Penny Lane (real name) spoon-feeds the audience the myth that we so steadfastly cling to. Then, she pulls the rug out. . . ” –Duane Byrge, Hollywood Reporter

“[E]asily an early contender for doc of the year. ” –Adam Patterson, Film Pulse

“On the scale of formal inventiveness and outrageous, headline-grabbing subject matter, however, no one has quite matched Penny Lane.” –Barndon Harris, Vice

“As illuminating as it is immensely entertaining, Penny Lane’s doc uses charming hand-crafted animation to trace how Brinkley ballooned a wacko epiphany into a vast media empire built on nothing but hot air.” – David Ehrlich & David Fear, Rolling Stone

“[An] inventive documentary . . .  a quintessentially American story – one that elicits both wonder and horror.” – Glenn Kenny, The New York Times

“Marvelous . . .  Director Penny Lane (Our Nixon) showcases, with wit and suspense, the undoing of one of the 20th century’s great flimflam artists, a huckster who seized then-new communication technologies – and the trappings of Christian divinity – to convince Americans of profitable nonsense.” – Alan Scherstuhl, The Village Voice

“[D]ocumentary at large feels both too precious and serious. Established ‘humor’ documentarians like Michael Moore and Morgan Spurlock haven’t directed great films in over a decade, getting lost in politics and producer titles. When Werner Herzog is the funniest successful documentarian of the moment, it’s safe to say we have a problem. Lane is the answer to a question more people should be asking: who’s the great documentarian of this generation?”  –Chris Plante, The Verge 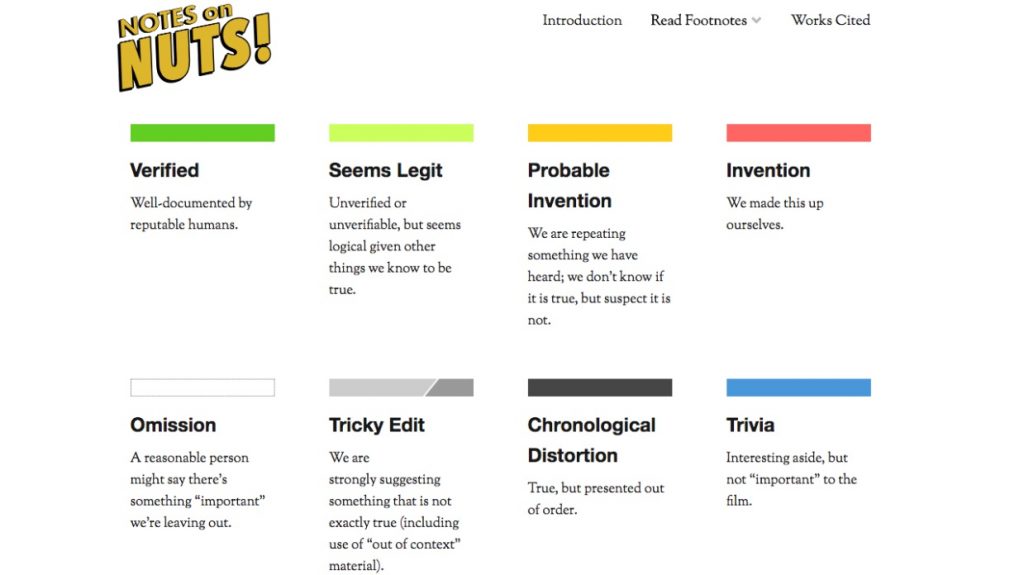 SEE ALSO NOTES ON NUTS!, a unique database of 300+ “footnotes” to the film in which I try to break down what was true, what was false, and everything in between.  I explain more about this project (which nearly broke my brain) here. It makes more sense after you’ve watched the film!!! 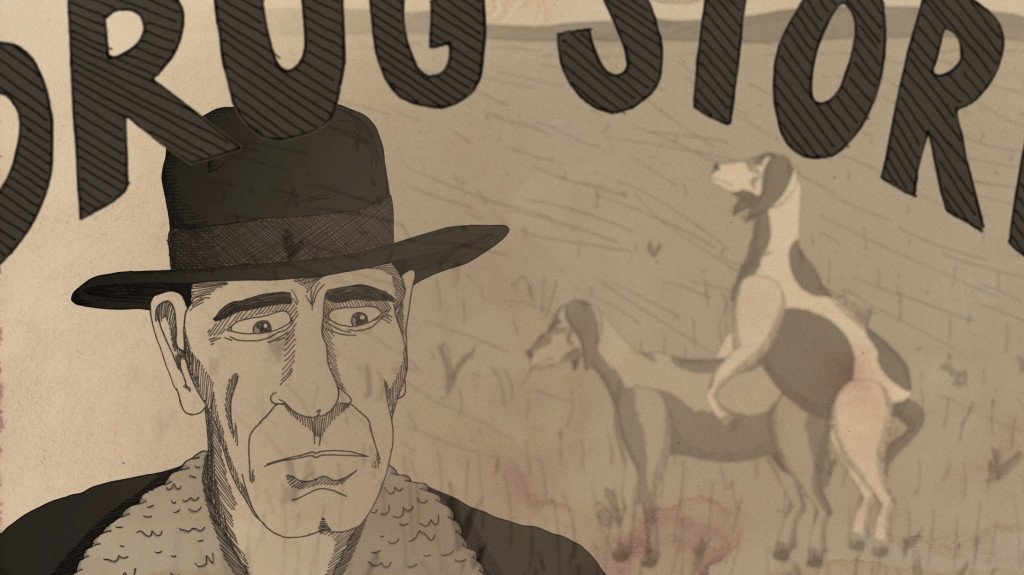